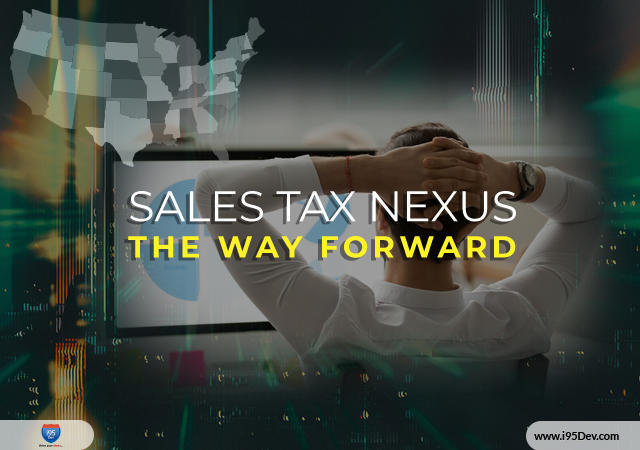 In our last article, we explained what sales tax nexus is. Missed it? Read it here. If you have an e-store, understanding your nexus becomes crucial. The nexus tax varies from state to state and it will change in the future too. In this article, we are going to tell you about the ways nexus is triggered and how they will impact your e-store. This will help you with the way forward with Sales Tax Nexus.

Before we begin, let us ask you:

Confusing? It is! But we got your back on this!

Do you know your nexus?

Wakefield Research, a renowned market research consultancy throughout America, Asia, the Middle East, Africa, and Europe gave an interesting insight. In 2017, they conducted research on a large number of businesses. The report said that 94 percent of the surveyed businesses don’t know exactly what can create a nexus! Although the research is not very recent and was conducted a few years back, it still makes sense.

We work with many businesses and trust us when we say that most of them still have no clear idea about their nexus. In the same study by Wakefield, it was also found that more than 40 percent of the businesses surveyed think that it is the responsibility of the state to let the company know about their nexus and the tax levied upon them. Let us see how many ways various states impose the nexus tax and what triggers it.

Your presence in a tradeshow can also establish nexus!

In 2019, there are already 40 e-commerce tradeshows scheduled. Attending tradeshows help e-stores not only to stay updated but also expand their businesses. Although tradeshows are exciting, you should be careful about when visiting a state to attend a tradeshow. Your nexus could be established based on that. There are states where if you attend a tradeshow or any business event, the nexus will be triggered. Before 2016-mid, if a business attended just one tradeshow in Washington, the nexus would be triggered. Although, today if you just attend a tradeshow, it may not trigger nexus; but there are conditions! Similarly, in Arizona, if an independent contractor or employee visits for more than two days; to establish a market, and/or solicit sales the nexus will be triggered.

Nexus can be triggered by anyone in your company!

In Colorado, if any remote seller’s employees are in the state, nexus will be triggered. Strangely, even if the representative or employee’s activities are unrelated to the business’ sales activities, nexus can be established.

Be careful about where you have a storing inventory!

It’s common for an eStore to have its storage inventory within the facilities of a company that is from another state. This trend gained popularity with the rising of huge online market place providers like Etsy, eBay, and Amazon. If you have a storage inventory in a third-party facility, nexus can be established based on that too. Laws targeting the market place facilitators and sellers are now in full swing in many states, which include Washington, Virginia, Rhode Island, Pennsylvania, and Arizona.

Advertising can establish nexus too!

Your e-store can have customers from everywhere. It is only normal that you will consider advertising as one of the most effective ways to reach more people. However, be very careful as advertising across the borders of the states can trigger nexus too. Now that the world is online, the best way to reach your potential customers is through advertisements. If your online ad reaches customers who are in a different state, then it will be considered as a cross-border advertisement.

If you have an out-of-state retailer, which is affiliated to an organization that has its nexus in another state, your nexus can be created too based on that!

In California, an out-of-state retailer needs to collect sales tax if that retailer is related anyway to an entity that is located in the state. This includes every entity that conducts business on behalf of an out-of-state seller; also anyone who uses a similar trademark! Even referrals can trigger nexus! If a business in another state refers, directly or indirectly, potential customers through an in-state website or web-link, you can have your nexus triggered. In addition, known as click-through nexus, is tricky to understand. However, over 20 states have said yes to click. Interestingly, click-through nexus has a threshold in most states. For example, for a few states, the referrals should generate a minimum amount of $10,000 in a year to trigger nexus.

The delivery system is one of the most important functions and services of any e-store. Be careful about what carrier you use to deliver goods to your customers. If you use the common carriers like FedEx, UPS, or USPS, you are unlikely to trigger nexus. However, if you deliver products on your own means of transport, you can trigger nexus.

Your software can trigger nexus too!

If you place software or even web cookies on computers in another state, to facilitate sales, you can trigger nexus. This policy is gaining popularity fast and Massachusetts was the first company to adopt it, followed by Rhode Island, Ohio, and Connecticut.

The concept of nexus is confusing to many and we understand that. It even sounds confusing when we tell you that you can trigger nexus even if your business or employees do not even set foot in another state! The nexus rules vary state from state and can change anytime; these facts make understanding the nexus rules extremely difficult. Determining the places your eStore needs to register, collect as well as remit tax is challenging. Contact us to know how we can help you with your nexus. 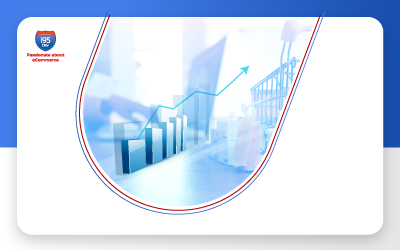 Top 4 benefits of Integrated eCommerce for B2B Companies Author Category Share If you have been running B2B online commerce for a good long time now or you have been planning to do so, you...

END_OF_DOCUMENT_TOKEN_TO_BE_REPLACED

Key Roles and Profiles for eCommerce Success Author Category Share One of the biggest challenges business owners face is hiring the right team that can help steer towards their eCommerce...

END_OF_DOCUMENT_TOKEN_TO_BE_REPLACED 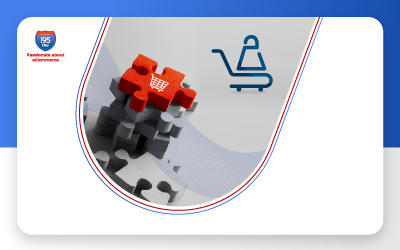 How integrated eCommerce benefits retailers and wholesalers? Author Category Share   A decade ago, eCommerce could only be associated with large corporations churning out revenues in...