COVID-19, A Message From Our CEO 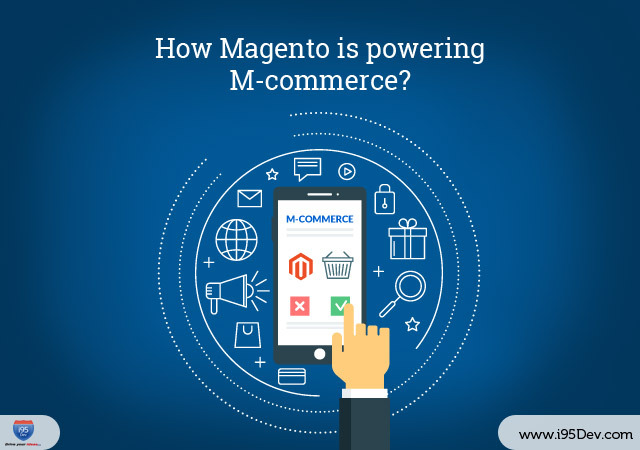 Mobile commerce has been influencing e-commerce in a great way, and this trend is only set to grow. It is no longer an auxiliary unit of e-commerce juggernaut. According to report by Invespcro, 1.6 billion people use their mobile phones to shop online. In this article, we will give you a peak into the role of m-commerce and role of Progressive Web Apps in enhancing the mobile shopping experience.

In USA, 19% of e-commerce sales are done through the mobile and it is projected to grow to 27% by the end of 2018. If you are still thinking on the lines “Does mobile commerce really effect my business?” let us pull out some amazing stats for you.

The list only gets more exhaustive and all the figures only tends to support why M-commerce is very important for an e-commerce operation.

Though the above stated numbers are enticing, strangely e-commerce merchants are still falling short in m-commerce. According to a report by Business Insider 59% of shoppers spend their time on mobile devices shopping compared to 41% on desktops, but still only 15% of shoppers convert into sales from a mobile device.

This trend suggests lack of mobile friendliness for shoppers leading to cart abandonment and less dollar spend from mobile devices. For most e-commerce retailers, driving sales through mobile apps is a real struggle. This statement if augmented by the fact that 94% of the apps downloaded are for social engagement, entertainment and information, which means e-commerce in mobile apps make up for a very small portion.

Below are some of the important aspects of PWAs.

How is Magento paving the way to power M-commerce?

Magento has an overall e-commerce market share of 7.34% and powers 159,234 sites worldwide. The medium Magento has opted for re-imagining mobile shopping experience is through development of PWA apps for Magento merchants.

To strengthen their expertise, Magento has collaborated with Google to leverage their technical expertise. The sole aim is to bring the whole PWA capabilities to the full Magento e-commerce community by year 2018.

In the words of Mark Lavelle, CEO Magento “We see PWAs as a natural evolution of the mobile web, and by working with industry leaders such as Google to develop PWAs, we plan to keep merchants ahead of the curve.”

With the pace at which M-commerce is developing, it is imperative for the top e-commerce platforms to  focus on this frontier. The good thing is Magento joining the m-commerce bandwagon along with Google is only going to make things interesting.

Ecommerce as an industry is moving towards M-commerce. While there are many strategies to leverage on M-commerce, Magento seems to be going the PWA way along with Google and this might just be the next big thing for ecommerce industry.

We are a Magento silver solution partner who possess niche expertise of offering end to end e-commerce services right from inception of the design, development of the store to integrating the store with the most popular backend ERP systems like MS Dynamics NAV, AX, GP, SAP B1 and SAGE 100.

For more details on our Magento services and offerings please visit our page.